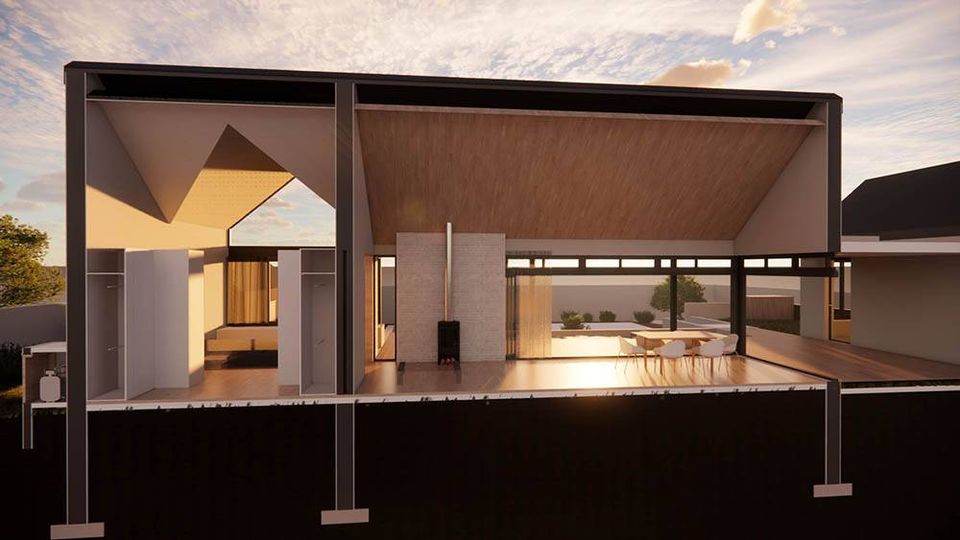 This is a crafted architectural design practice which evolved over thirty years. It offers the full six stage professional architectural service including consultation on interior design while taking cognisance of urban design aspects and landscape elements within a given context.

With a specialization in conservation of the built environment – also offering professional heritage resources management services – it is natural for us that the principles and approaches advocated in contemporary theory, such as sustainability and cultural continuum, is grafted in shaping environs which are practical and aesthetically appropriate. When engaging existing sites and structures, various conservation approaches and methodologies are explored in its transformation or repurposing process dependent on the identified significances.

Even though the practice of design is regarded as an activity which involves dialogue and negotiation to build relationships among a variety of concerns such as social, political, cultural, environmental, practical, technological and economic issues, in our view, design is also a playful experience in exploring the qualities and relationships among the formal elements of design, such as space and volume, colour, line, texture materials and light.

To ensure quality projects, which requires enough time to explore possibilities, this practice only accepts a limited number of commissions every year.

A client appoints an architectural professional to provide a service for a project as contemplated by the Architectural Professions Act, Act No 44 of 2000 and the National Building Regulations and Building Standards Act N0103 of 1977.

The architectural professional accepts the appointment to exercise reasonable professional skill, care and diligence in the performance of obligations, for an appropriate fee, and defined in formal agreement.

The professional enters into a contract of agency in a suitable agreement, typical agreements provide for a standard service and for partial services. A standard service comprises appointment as Architectural Professional, Principal Consultant and Principal Agent. The parties to an agreement select the architect’s service applicable to the project. Additional services are selected as the parties may deem appropriate.

In a standard architectural service, which consists of six work stages,  the Architectural Professional is appointed to fulfil the obligations provided for as architectural professional, principal consultant and principal agent, described as a ‘Full Service’. The essential functions of each work stage relevant to the service are identified herein as:

Partial services may be agreed, the options most regularly utilized are:

CONSERVATION OF THE BUILT ENVIRONMENT

This practice is assigned to the code of conduct as prescribed by APHP – Association of Professional Heritage Practitioners.

Due to the diverse nature of heritage and conservation related work, varying scales of complexity and scope, the service and fee proposal can only be defined in response to specific project needs. Note that project teams are often established to accommodate multi disciplinary specialist requirements.

Typical projects which could be undertaken by this practice may include:

Entrepreneurship is risky, isn’t it?

18 Advantages Listing on our Directories

1.      More than just back links to your website. There was a time when directories w